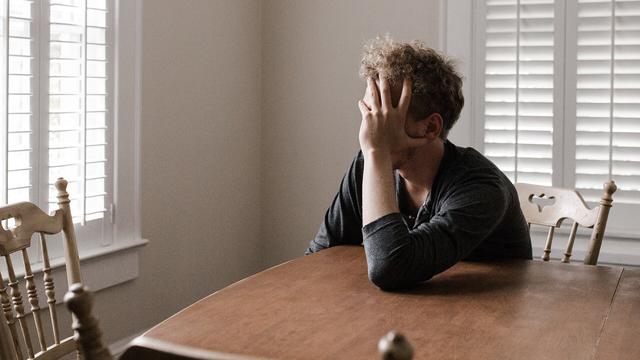 I could see their lips moving, but the words were muffled. I leaned in trying harder to hear what they were saying, even though I knew what they were saying. It felt like I was in one of those out-of-body experiences you see in the movies. The scene where everything around the main character slows down and everyone around them fades. The character’s internal dialogue starts as he tries to make sense of the unfolding situation. For me, it was a very surreal and familiar situation. I was, yet again, getting bullied. This time my tormentors were getting creative with their insults. “What’s with your face Mayfield? Did you run into a meat grinder?” or “Who dressed you today? Your mommy?” But today something was different. Today they were emboldened. Today it got physical. I was standing in front of my locker in the empty hallway of my middle school. All the other kids and teachers had already gone to class. My eyes darted back and forth to see if anyone was coming to save me, but there was no one to be found. As my eyes focused back on the three boys in front of me, I knew no one was coming to save me. “Stuff him in the locker!” they laughed. I braced myself for the impact as I was stuffed into my locker. The door closed and I was completely and utterly alone.

Reflecting back on this story 27 years later, I can still connect to those feelings of being alone. Sitting here writing these words, I can feel my chest tightening, my stomach beginning to turn, and the palms of my hands are getting a little sweaty. It is amazing how the body remembers these moments of distress. As a counselor, I can make sense of these somatic feelings, work through these emotions and take action. This is not the case for so many others. Loneliness has become commonplace, a part of the fabric of the human race, and an all too familiar feeling that continues to linger. But it isn’t new.

Loneliness has been the lie the enemy has used since the beginning. In Genesis chapter three, the serpent confronts Eve about the fruit of the tree. Eve states,

“It’s only the tree in the middle of the garden that God said, ‘don’t eat from it, don’t even touch it or you will die.’ The serpent told the woman, ‘you won’t die. God knows the moment you eat from that tree you will see what’s going on. You’ll be just like God, knowing everything, ranging from good to evil.’” (Genesis 3:2-3, MSG).

The serpent’s lie was planted. Where Eve understood physical death (apothnesko in the Greek), the serpent was talking about spiritual death and separation (Thanatos in the Greek). In that moment where both Adam and Eve took of the fruit, loneliness and separation entered into the world and has been an antagonist in our stories ever since.

The Effects of Loneliness

I have been a counselor for many years, and was a youth and family pastor prior to that. In my time working closely with my clients, I have always wondered if there was a common thread to the mental, emotional, physical, and spiritual distress linked to the varying presenting problems that entered my office. Through my experience and subsequent research, loneliness has become that common thread that connects these four paradigms.

I realize that mental and emotional health are joined at the hip. However, I think it is important to differentiate the two for a moment. Emotional intelligence and acuity directly relates to the mental health of the individual and visa versa. If you’ve been paying attention to our world these past two decades, the Emotional Intelligence (EQ) of the greater populous is waning and it is directly affecting our ability to cope and connect. For example, think back to when Trump was elected president in 2016. Universities had to accommodate students who were falling apart because they did not have the emotional intelligence to properly process the loss and disappointment.

647,000 people will die this year from heart disease and 1 in 4 or 606,500 people will die from cancer this year. Why are these numbers so high? During my research, I stumbled across a concept called pre-disease pathways or the biological influences and related links to behavioral, psychological, and social influences that precede morbidity (sickness) and mortality (life expectancy). Loneliness and isolation can predict both morbidity and mortality even after accounting and controlling for health factors such as nutrition and exercise (Hawkler & Cacioppo). Loneliness directly contributes to inflammation or excitation of chronic disease such as cancer, cardiovascular disease, etc. This means that loneliness is a major pre-disease pathway.

John 10:10 says that “the thief is only there to kill, steal, and destroy” (MSG). This is the continuation of the lie of loneliness and separation that started in the garden. If Satan can convince us that we know better than God, if he can convince us to buy into the shame and guilt of our sins, and if he can get us to buy into the lie that we can do it or fix it ourselves, then he is able to separate us from connection to both God and others. Thus, deepening and widening of the crevasse of loneliness.

So what do we do?

The remedy seems simple, but it can take a lot of work, intentionality, and vulnerability. To combat the insidious like of loneliness, we must help people discover three things:

We must help them discover their IDENTITY:

The lie of loneliness distorts the truth of whose we are. Therefore, we must walk alongside those that cross our path and remind them of who they are.

We must help them understand and step into their PURPOSE:

An individual with a set purpose is a force to be reckoned with. When we truly know whose we are, we then have the ability to operate freely in what we were designed and created to do.

We must help them maintain HOPE:

Hope is a powerful resource. Without it, we are left wandering aimlessly. Hope becomes a guiding light and a point of reference when we get off course.

Each of these steps needs to be made on purpose. In order to combat loneliness and instill identity, purpose, and hope, we must ensure that we are actively seeing people for who they are and what they might be facing below the surface, both mentally and emotionally. We must provide a safe place, a place that is free of judgment or harm for them to express themselves. Finally, we must provide a place that will provide comfort and peace. All I wanted as a middle school student was to be seen, loved, valued, and known for who I was. I wanted someone to take the loneliness away. Let’s be that person for others and point them to the One who truly can be our Prince of Peace. 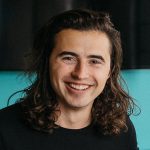 Daniel Markin is a Young Adult Pastor in Vancouver Canada, a husband and a dad to twins! He's also the host voice you hear each week on the INDOUBT program. Daniel has a heart for the Word, and a heart for communicating the truth of God's Word and how the Bible impacts the lives of young people. 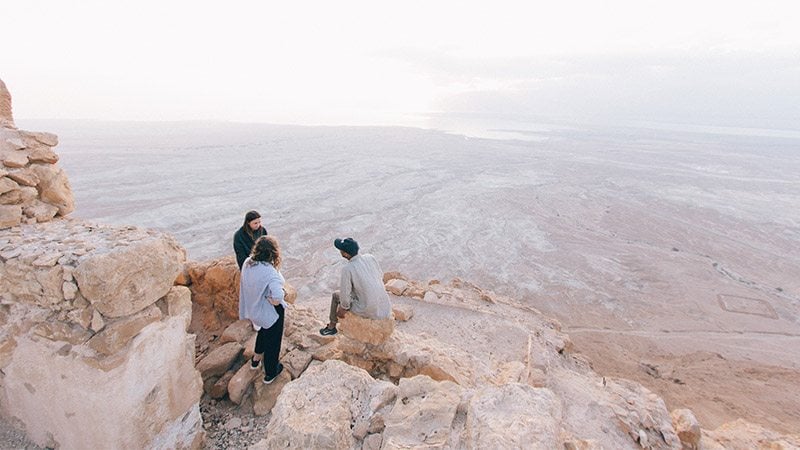 The Goal of Every Conversation 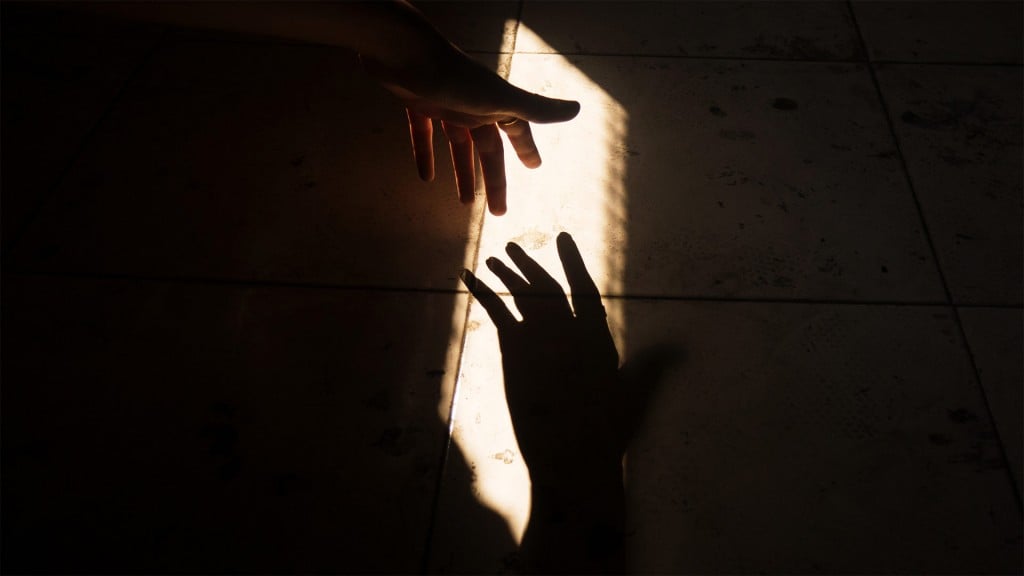 Our Help Comes from… 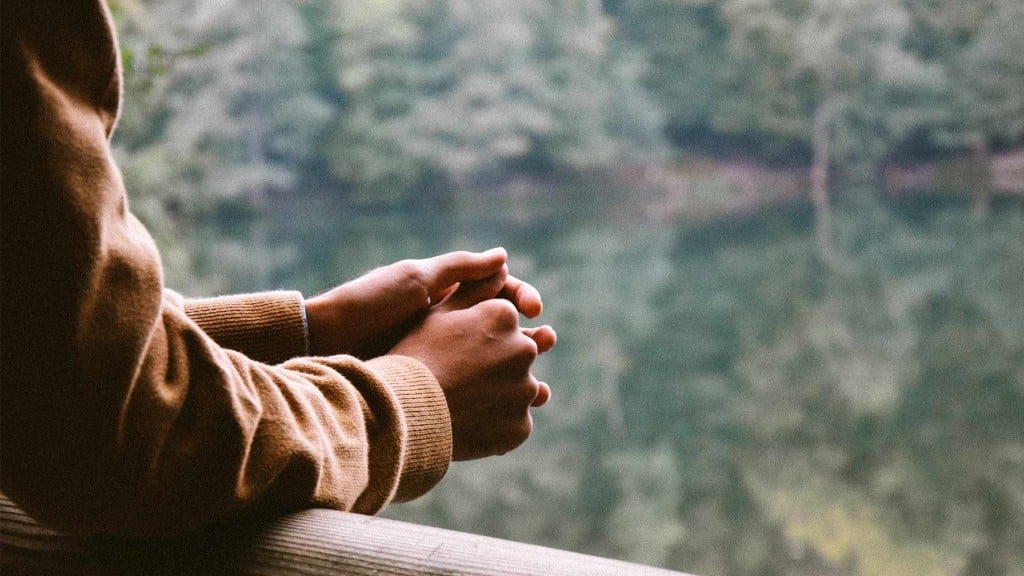 Evangelism and a Me-Focused Mindset

April 4, 2018 · Isaac Dagneau
We use cookies on our website to give you the most relevant experience by remembering your preferences and repeat visits. By clicking “ACCEPT ALL”, you consent to the use of ALL the cookies. However, you may visit "Cookie Settings" to provide a controlled consent.
Cookie SettingsREJECT ALLACCEPT ALL
Manage consent