Episode 118: What Does the Bible Say About Recreational Marijuana?

What does the Bible say about recreational marijuana? That’s a great question – a question that is more and more relevant today, especially in Canada. Well, simply put, the answer is “Nothing.” But that doesn’t mean nothing needs to be said. Dr. John Neufeld gives a 15-minute presentation on this question, taken from our recent Let’s Talk: Marijuana indoubt:live event. He gives 4 biblical principles that will help shape our understanding. Even if you’re not interested in engaging recreational marijuana, it’s important to know and live out these biblical principles.

Isaac Dagneau:
That was Dr. John Neufeld giving his 15-minute presentation at our recent Let’s Talk:Marijuana indoubt:live event, which happened in February.
Well, the first thing that Dr. John brings up is sort of the question and the idea of the use of our body, our physical body. He brings up the biblical truth that our body belongs to God. He talks about 1 Corinthians, and it’s like you are not your own. He kind of asked the question “How should we be aware of the effects of marijuana on our body?” So, because our body is not our own, then obviously if we’re considering recreational marijuana we need to be thinking about, “Okay, well if my body is not my own and it’s the Lord’s, then I only want to put things in my body that is going to bring glory to God.”

Jake Lowell:
It’s a hard one actually, because this, I find, out of some of the points that John made, is actually one of the biggest issues that I think we battle against in our society – the body. It can be really hard to talk to, because I think where we’re at, our society is really consumed by a need for autonomy, personal autonomy in our body, and “It’s my body and it’s my rights.” That makes it really difficult at times to talk about the relation to God in your body.
What I want to remind people is that I think we’re talking about this as “How Christians should respond.” I think that’s an important point, how Christians should respond. I was about to say unfortunately, but I don’t think it’s unfortunately. I don’t think we as Christians can live our lives in the way that “It’s my body, my rights, I can do with it as I want to do with it.” Like you were saying, if our body belongs to God, then what we do with it should follow along with the will of God as well and how we treat it and how we respect it. In some way, our body allows us to carry out his will in the world. If we’re not treating that appropriately, then we’re not going to be able to do that will appropriately either.

Isaac Dagneau:
That’s good. Yeah, it’s a good point. It’s just such a radical belief in the midst of our society today, especially in our 21st century, to know that our body is not our own. You talked about the idea of autonomy sort of as body – autonomy that our body is our own, and we can do with it as we will. It’s like, no. That’s not true. That’s just a radical point.
I think it’s important too that he asked the question “How should we be aware of the effects of marijuana on it?” In a couple weeks from now, or more than a couple weeks I should say, we’re going to be listening to Dr. Lucinda McQuarrie’s 15-minute presentation on the show. She’s a family doctor, family physician. She kind of gets into some of the very biological specifics of what marijuana does to the body, which is very helpful.
I think that all of us, for the very … even if you’re listening and you’re not interested in taking recreational marijuana, but for the very fact that the Trudeau government is going to legalize it soon, probably this year, you should just be aware of the effects that marijuana has on the body so that you can be a good friend to your friends that maybe are considering it or things like that. We need to be talking about that.
Before we move onto the next point, though, Jake, how can we as Christians help our friends if we’re seeing them, and if they’re Christians, if we’re seeing them not really living in such a way where they’re believing that their body is not their own but rather the Lord’s? How can we respectfully, but also firmly, sort of encourage them and exhort them, and maybe even rebuke them so that they can kind of live in the light of the fact that their body is not their own? Maybe it’s not about marijuana. Maybe it’s about overeating or sleeping too much. I don’t know, who knows.

Jake Lowell:
Yeah, and I think that’s a good point. I think as we’re talking about this, and it’s an important issue, but we don’t want to pigeon hole this as like the one worst issue ever. There are certain things, like John talked about, like drinking. Or overeating, that’s a huge one because that’s one we don’t really talk about at all, gluttony and all this stuff that’s super unhealthy for your body.
I think really what you have to do, and this is a lot of different circumstances, especially with young adults, especially with young adults who don’t really want to talk to you or might have some barriers up … I used to work as a youth worker for at risk youth. Maybe they have a different term now, but that’s what we called it at the time. You really just want to make sure that you have that sort of relationship or rapport with them that they understand that what you’re saying is because you care for them and for their future as well.

Isaac Dagneau:
That’s so good. Yeah, that’s important to have. Alright, the second thing that he talks about is the question of intoxication. At the very end of the presentation, you probably heard him say that if there is a way that someone can actually take recreational marijuana without being intoxicated for the glory of God, then there is a question there.
We also bring up the fact that in Mark Ward’s book, and he was another speaker at the event, he does say that the National Administration of Highway and Safety? … I brutalized that. Hey, we’re Canadians. That’s an American administration that I don’t know about. Pretty much they were trying to figure out “How can we ding people or ticket people for driving under the influence of marijuana?” They kind of had to do all these studies. They say that one to two hits of marijuana will produce an intoxicated effect on the brain. One to two hits is one to two puffs of a joint. To me, I’m like there’s not really, maybe there’s a way to take marijuana to not be intoxicated, but that’s kind of a fine line.

Jake Lowell:
Yeah, definitely is. That’s a tough thing because it starts at one. What they’re really saying is that it is possible with one puff of marijuana to become intoxicated.

Isaac Dagneau:
Who is going to take one puff of recreational marijuana who goes to marijuana not to be high?

Jake Lowell:
Maybe I do. I’m trying my best. What happens really is that there’s a removal from reality, of how life actually goes and how you usually feel. My issue with it is that I believe that we are called to be present in our lives, and also at times endure the hardship that we go through. A lot of people will use this or alcohol, or again food too, maybe food less so because you don’t really become intoxicated, but to sort of remove themselves from these situations and not have to deal with them. That’s tragic and I really feel for those people.
I would say for myself some of the most challenging circumstances in my life where I struggled the most have been also some of the greatest blessings in a refining way as well that have helped me grow and mature. I think the biggest struggle with this intoxication is that in our Christian faith we’re also called to love others. I think you see that in the greatest commandment about loving God and loving others. You also see it in the commission to go and make disciples of people. I don’t think you can do that if you’re absent mentally in a way.
It might be a bit of stretch example, but it is an example. What if you’re intoxicated and you see someone. Maybe someone needs a ride to a hospital or something. Are you going to be able to do that for them? What if someone at some point needs to have the gospel preached to them and you’re not in a state where you can even get those words out to explain that to them?

Isaac Dagneau:
That’s good, yeah. We can’t get through all of them, but lastly, what about freedom?

Jake Lowell:
Yeah, definitely on the freedoms, for young adults especially, and me working with young adults, that’s a really, really hot topic issue because they really like their freedoms a lot. They like to be able to drink or whatever that looks like. My challenge to young adults is, is there a difference between your personal freedom, you know between you and God, and freedoms communally with other people as well?
It gets back to what John was talking about with being a stumbling block. It gets back to what I was just saying before too. It’s about loving people. I had an experience once with someone who had been an alcoholic. I was out for dinner with this person and some other people. I will drink occasionally, but I chose not to drink in that circumstance because I knew that was something he had struggled with and didn’t want to entice him in some way to come back to that.
Before all this freedom stuff, I think we’re called to love people. Loving people looks like bringing them towards Christ. I think in some way if we’re tempting them towards that sin, then we’re not loving them.

Isaac Dagneau:
That’s so good. I love it. That’s awesome. Thanks Jake for taking the time to chat with me today. I really do appreciate it. 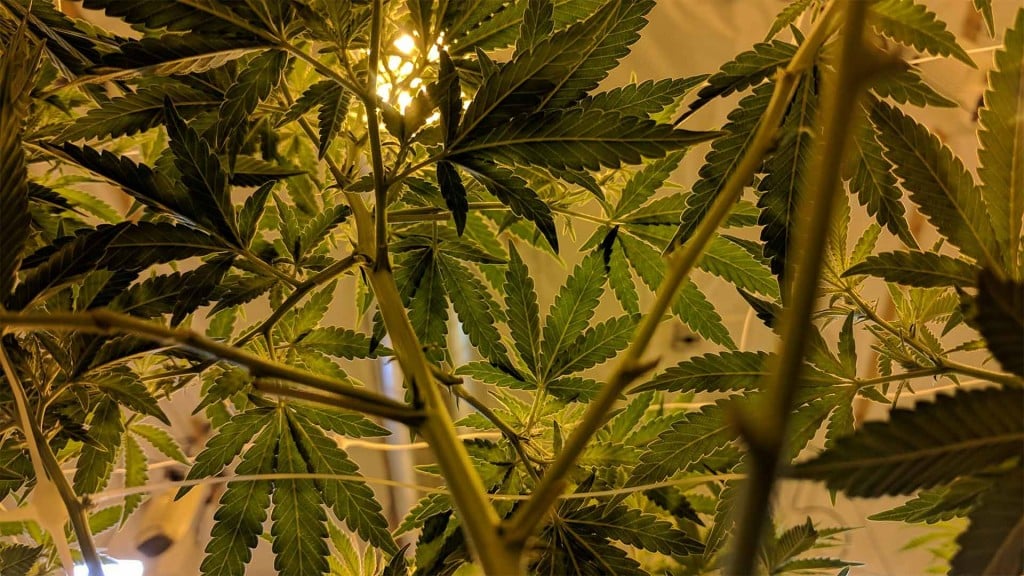 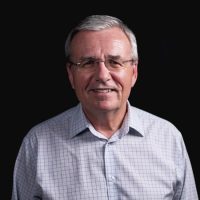 Dr. John Neufeld, Canadian Bible Teacher of Back to the Bible Canada, is well known both nationally and internationally for his excellence in expositional Bible teaching. Dr. Neufeld is passionate about bringing the truth of God’s Word to life across Canada and beyond.

You can access the full video of Let’s Talk: Marijuana (by indoubt:live) below.

Dr. John Neufeld, Canadian Bible Teacher of Back to the Bible Canada, is well known both nationally and internationally for his excellence in expositional Bible teaching. Dr. Neufeld is passionate about bringing the truth of God’s Word to life across Canada and beyond. 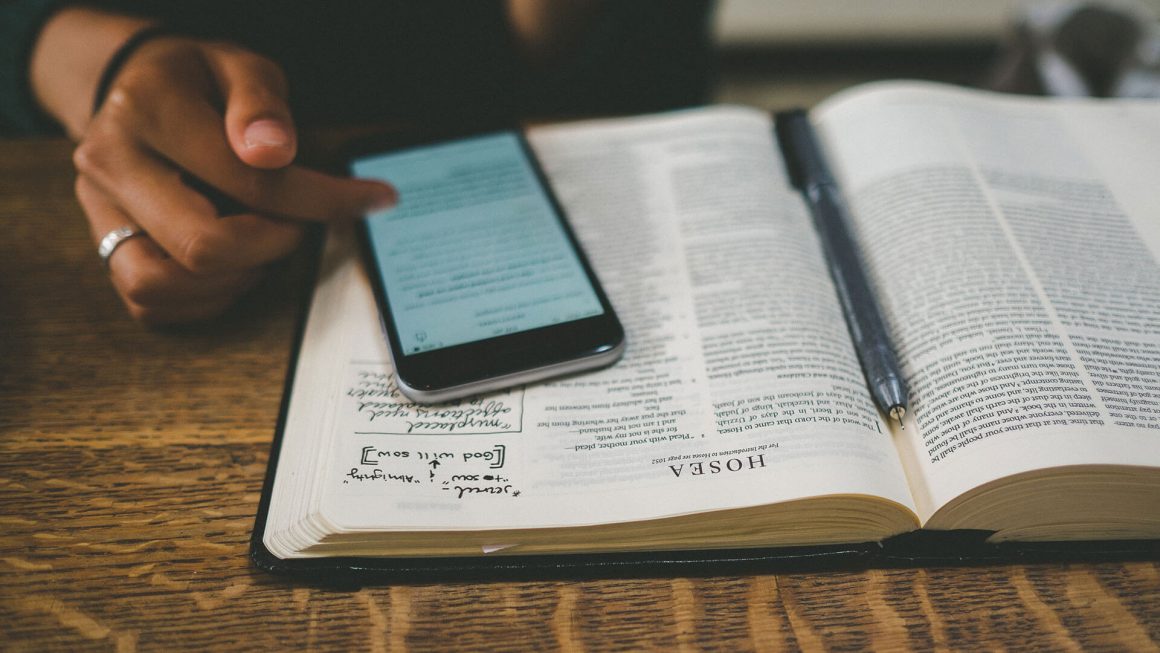 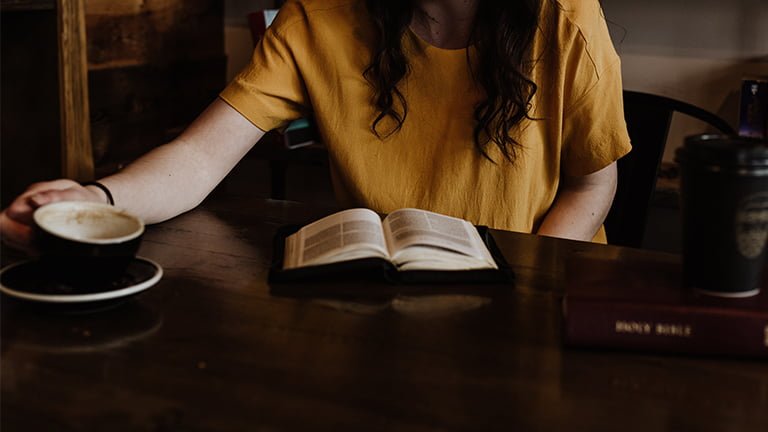 Episode 062: Who are You Listening to? with David Mathis